Back to blog
Posted by Simon Pagé, Group Insurance and Group Annuity Plans Advisor, February 21 2018
News
2017: An Outstanding Year For the Stock Market 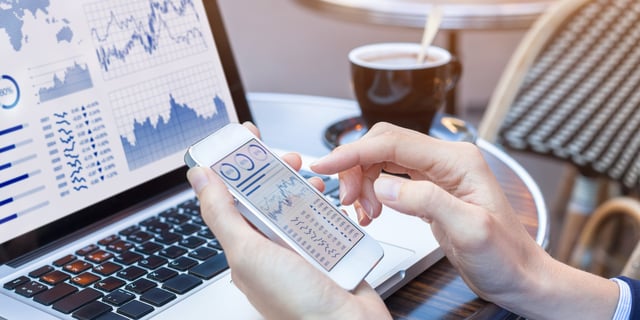 As you probably noticed in your recent annual statement, your pension plan posted solid returns in 2017. This is not surprising, as the stock market performed strongly last year, in spite of political turmoil. Healthy financial market performances were driven by a rarely seen synchronized global economic expansion. Economic growth generally picked up in 2017, and corporate earnings were in sync.

Whether you are a pension plan sponsor or an individual investor, it is important for you to understand the stock market results in order to be able to assess the performance of your plan managers. With this in mind, we prepared the following summary of key stock market developments in 2017.

Unemployment continued to drop, falling to a 40-year low of 5.7% in December 2017, vs. 6.9% a year earlier. Quebec did particularly well, with a 4.9% unemployment rate, beating the Canadian average.

Despite the uncertainty created by Donald Trump’s election in late 2016, the U.S. economy is in great shape and ran at full speed in 2017. Business and consumer confidence stand at record highs.

The stock market also kept its momentum and set many new records. The S&P 500 posted a 21.8% return (13.7% in Canadian dollars), easily outperforming the Canadian market.

Unemployment continued to decline and the euro rallied more than 14% against the U.S. dollar. This stands in stark contrast with the last decade.

Emerging markets were the performance champions in 2017.

If you have any questions about the economy or the performance of your pension plan, please do not hesitate to contact our experts today.

Group Insurance and Group Annuity Plans Advisor | Holding a Bachelor of Actuarial Science degree, and Associate of the Canadian Institute of Actuaries, Simon Pagé worked as group annuity plans advisor for large consultants and actuarial firms. With his 15 years’ experience, he has developed a renowned expertise, notably in the selection, development and implementation of annuity plans. In addition, Simon holds a permit in group insurance adding to his expertise and bringing a global vision in benefits related issues for his clients.