Back to blog
Posted by Louise Gagne, FICA, FSA, September 19 2018
Health Insurance
Medication Insurance Coverage: What Are Your Options? 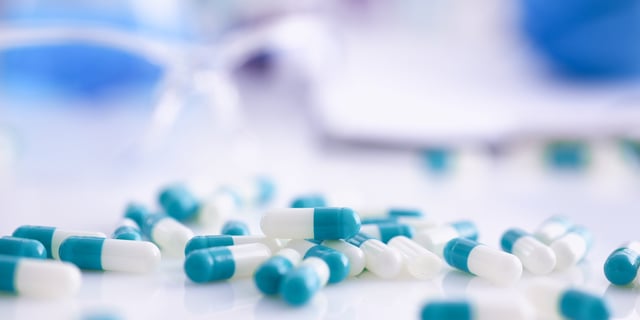 Since the Public Prescription Drug Insurance Plan was implemented in 1997, the private group insurance plans must include certain minimum features in order to be as generous as the public plan. The list of insured drugs is one such feature. How is this list developed, what impact does it have on insurance plans, and how does it compare with other lists used by private plans? You will find detailed answers to these questions below.

Criteria and process for the selection of RAMQ listed drugs

First of all, the pharmaceutical company that developed the drug must seek approval from Health Canada, once all the tests and clinical trials have been completed. Health Canada will then review the application, and decide to issue or not a notice of compliance.

Upon the successful completion of this step, the drug still needs to be approved by the Institut national d’excellence en santé et services sociaux (INESSS), a Quebec government agency mandated to assess drug registration applications in order to make recommendations to the Health and Social Services Minister for drug list updating purposes.

In most cases, the Minister will accept the recommendations from INESSS. However, there have been instances when a drug not recommended by INESSS was nevertheless included in the RAMQ list for political reasons.

The public plan drug list is updated on a regular basis and currently includes more than 8,000 prescription drugs. This figure includes the different drug formats or concentrations, along with exception drugs only available conditional to a prior approval process.

What other lists are available for private plans?

The regular list covers drugs that can only be obtained with a prescription, i.e. drugs that are not available over the counter at the pharmacy. Some over-the-counter drugs can also be included, if they are vital for the patient’s survival. For example, in a regular list, vitamins would be excluded except when they are absolutely necessary to treat an illness. These additions to the regular list, known as “life-saving drugs”, come with most private contracts.

The broad list covers all regular-list drugs, plus over-the-counter drugs providing they are prescribed by a physician.

Outside Quebec, insurers are also able to offer “managed lists”. These lists are customized by the insurer or even the contract holder in some cases, and the drugs included must meet certain criteria. A properly designed managed drug list is not aimed at refusing or restricting access based on price; it rather allows for management based on an extended determination of value (in terms of efficiency, safety and other factors relative to the cost). In Quebec, managed lists are not very common, as the requirement to cover all RAMQ listed drugs makes their application far more complex.

Differences between the lists

The ever-rising cost of drugs is a challenge for businesses, and they are always looking for solutions to lower their costs. What is the difference, coverage-wise and more importantly cost-wise, between the three lists available in Quebec?

There are approximately 3,000 fewer drugs in the RAMQ list vs. a regular list. The difference may seem high and could give the impression that the public plan provides a drastically restricted coverage compared with most private plans. But this is not the case, as the RAMQ list includes drugs covering most common conditions. This is confirmed by the fact that the difference in cost between the RAMQ list and a regular list merely ranges from 3% to 5%. Also, it is often just a question of time before a refused drug ends up on the public plan list.

Which medication insurance coverage should you choose?

Currently, very few employers (3% of AGA’s portfolio) choose to use the RAMQ list, probably because they want to avoid employee dissatisfaction. However, this is one of the options available to employers to lower their insurance bill. The reduction is sensible, but every little bit counts and adds up when choosing the best ways to manage drug costs. With appropriate communication, employees could be supported through this transition and fully understand what a change of medication coverage means for them. This decision is probably easier for employers who are implementing their first insurance plan than for those who must make a transition. For the latter, other cost management methods (such as adding co-payment) could lead to a similar reduction without requiring detailed communication.

In Quebec, the vast majority of health plans use a regular list. At AGA, the percentage exceeds 90%. The broad list is less and less popular (less than 5%). Tiered lists, where some drugs are reimbursed at a given percentage and others at a lower percentage, are starting to appear; the drugs reimbursed at a higher percentage are selected on the basis of socio-economic criteria.

Would you like to learn more and get the advice of one of our experts? Contact us today!

These articles might interest you
The HSA: a Bank Account for Health! Posted May 26, 2016
Health Insurance: Are You Familiar With Your Employee's Coverage? Posted February 22, 2017
Disability Management: How to Properly Use Medical Expertise Posted June 21, 2017
Group Insurance Plan: Mandatory Membership for Businesses Posted July 19, 2017
Pharmacogenetics : A Huge Potential For Employees' Health Posted February 7, 2018