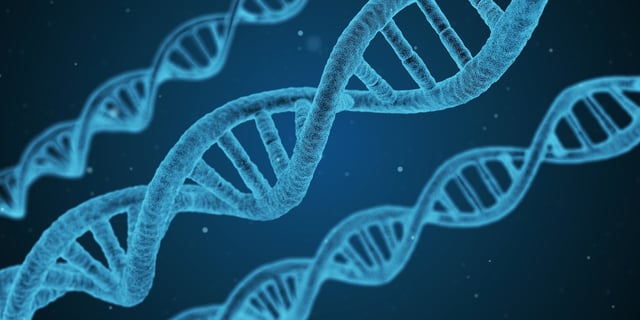 Is it possible to know in advance whether a drug will work effectively? How can you know whether the dosage prescribed by a doctor will be the right one for the person? Is it possible to know the efficacy of a treatment other than by trial and error? Pharmacogenetics’ answers to these questions are a resounding "Yes"! Read this article to learn more about the benefits of pharmacogenetics.

The efficacy of a pharmaceutical treatment depends on the body’s ability to break down the active ingredients in the drug you are taking. Pharmacogenetics involves testing a patient’s DNA to determine in advance the best drug and dosage for that patient to ensure the treatment is optimal for them.

How does it work?

A buccal (cheek) swab sample is collected and sent to a DNA testing laboratory where they test the genes that control activation of the enzymes responsible for breaking down the various chemical compounds present in many hundreds of pharmaceutical products. The laboratory then prepares a report for the attending physician based on the results indicating, for several therapeutic categories:

This test is a real boon to the patient’s health! Taking drugs that are not effective results in unnecessary costs for your group insurance plan and the health system, while delaying recovery and extending work absences. Even worse, some patients may experience an extremely adverse effect from the drug, which can cause a general deterioration in their health. Some studies even show that adverse effects to drugs are the fourth most common cause of death in developed countries!

Does it work for all medical conditions?

In theory, yes. However, pharmacogenetics is a relatively new field of science and the databanks needed to compile clinical results are still in the construction phase. But there are several organizations that are compiling cross-referenced results of genetic tests and the efficacy of drugs, including the Clinical Pharmacogenetics Implementation Consortium (CPIC), the Dutch Pharmacogenetics Working Group (DPWG) and the U.S. Food and Drug Administration. At present, the best results in terms of optimizing treatment have been obtained for mental health drugs, cardiovascular disease and pain treatment.

Are genetic tests all equal in terms of what information they provide and price?

The price of genetic tests has dropped considerably in recent years. However, it still varies significantly depending on how much information you want the test to provide:

However, the purpose of pharmacogenetics is not to sequence your entire genome, or identify conditions you are susceptible to, but simply to sequence the genes that control the enzymes responsible for breaking down certain compounds. These tests are increasingly affordable and their cost is comparable to the cost of standard screening tests, such as blood tests.

Are these costs covered by your group insurance plan?

At present, most group insurance plans don’t cover pharmacogenetic tests (and neither does the public prescription drug insurance plan). However, members who have a health spending account can use it to cover all or part of the test’s cost.

This situation could change quickly, however. If pharmacogenetics delivers on its promise of improving the health of insureds by directing them to the right drug and dosage for them from the start, there can be no doubt that coverage for these tests will become a key feature of private healthcare insurance plans.

Martin Papillon is a Fellow of the Canadian Institute of Actuaries and holds an MBA from HEC Montréal. Throughout his career, he has been working in the group insurance and retirement sector. Before joining AGA in 2013, he held advisory and senior management positions with world-class consulting actuarial firms.