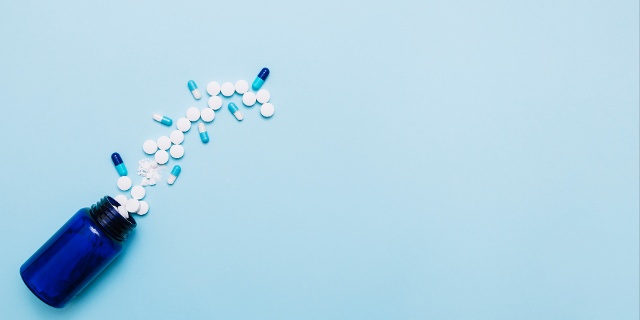 Prescription drug market costs have increased substantially in recent years, pushing group insurance plan premiums higher. As drugs can easily represent up to 50% of group plan costs, it is important to clearly understand the trends and challenges associated with their coverage.

Telus Health, the health care division of the telecommunications giant, held its annual conference in Montreal in March 2019. Telus Health has a wide range of health-related technology products and is Canada’s leading provider of drug cards. Thus, it has access to large amounts of data that are highly representative of the prescription drug market’s current conditions and trends. Read this article to learn more about the highlights of the 2019 conference!

Although the average eligible cost per insured member has skyrocketed over the past 20 years, for reasons such as biological drugs coming to market, it has but little changed between 2017 and 2018 in Canada, while increasing 1.1% in Quebec.

In 2018, the average monthly eligible cost per insured member was $68.52 in Quebec vs. $51.42 in the rest of Canada (33% more expensive in Quebec). Does this mean Quebecers are sick more often that other Canadians? Unlikely! In fact, the difference is probably linked to our consumer habits.

There are several ways to reduce one’s pharmacy invoice and Quebec is clearly lagging behind on this front. A most effective way of saving is for insured members to get 90-day (instead of 30-day) drug supplies in order to minimize the payment of the pharmacist’s dispensing fees.

On average, Quebecers take 42 pills per prescription vs. 60 for Ontarians. The math is easy, but it is quite difficult to change the consumer habits of insured members. This is why AGA developed a unique approach to this end, which can generate substantial savings.

Private plan coverage is much more expensive than RAMQ

In 2007, drug costs were much the same for those insured under the RAMQ public plan and private plan members. However, since then, the difference has widened to reach an all-time high of 31% in 2018.

An Expensive prescription drug market that is on the rise

As mentioned above, the new expensive drugs coming to market vastly affect group insurance premiums. In 2008, high claimants represented 0.5% of insured members and 11% of total claims; now, they make up 1.1% of the prescription drug market for 29% of total claims. A dramatic rise in only 10 years!

As we monitor how the prescription drug market is developing, we can see that Quebec is underperforming and paying more for drugs than the rest of Canada. This is definitely a cause for concern. Will prices keep on rising? What is the limit of our ability to pay as a society? Tough decisions will have to be made in the near future.

Meanwhile, it is important for you to take action on what you can control, in order to keep your group insurance plan in shape by finding appropriate means to reduce your costs. Your AGA Advisor can help you with this task so contact them today!

Group Insurance and Group Annuity Plans Advisor | With a Bachelor in finance, Alexandre Timothy understands the challenges and realities of his clients, both from a financial point of view as well as a level of human resources and benefits. With his new outlook in a traditional industry, Alexandre offers innovative solutions to ensure the sustainability of social benefits while meeting the needs of participants and employers. During his six years of experience, Alexandre has stood out for his creativity and integrity, becoming a highly valued adviser by many of his customers.