Back to blog
Posted by Louise Gagne, FICA, FSA, November 3 2021
Plan Administration
Self-Insurance: The Right Way to Go For Your Business? 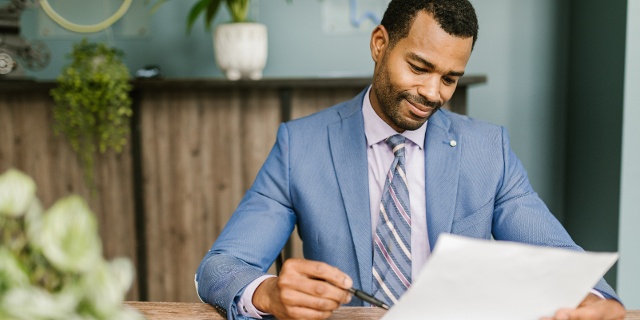 Your group insurance broker promises you the moon with “self-insurance” but is incapable of explaining why or even what it is about? AGA can help you sort things out and demystify this type of agreement.

Let’s start by defining self-insurance. It is a type of financial arrangement where claims are not insured and the financial risk is borne by the policyholder (usually the employer) instead of the insurer. The actual claims are charged, along with administration fees and related taxes. In other words, you pay exactly what it costs!

This type of arrangement is mainly found in health and dental care coverage, where claims are frequent and more predictable than with life and long-term disability insurance.

The risk remains nevertheless under control. Purchasing a “stop loss” insurance will limit the risk for self-insured employers, as prescription drug claims exceeding the selected threshold and travel insurance claims, that can be very costly, will remain insured and will not be charged directly to the policyholder.

Points to be considered before going ahead

Group size is a factor that will have a bearing on the choice of a financial arrangement. Very small groups (less than 50 employees) should weigh the pros and cons before entering into a self-insured agreement. For such groups, claims could turn out to be too unstable for self-insurance to be contemplated.

When the premiums paid are much lower than the reimbursed claims, it will be difficult to switch from an insured agreement to a self-insured one, as this would entail temporarily higher costs. The financial profile of the benefit must be analyzed in order to make an informed decision.

Provided it is properly set out, this type of arrangement can generate savings for an employer:

It is inaccurate to say that a self-insured agreement eliminates inflation and reserves, but it does ensure that no margin of safety will be included in the premiums.

Doing business with AGA Benefit Solutions may also provide additional savings, because our stop loss rates are usually competitive and negotiated with a specialized insurer.

Self-insurance leads to more stable costs. There is no tendering discount (no insurer, no tendering!) and no investment to be subsequently recovered by the insurer, contrary to the yo-yo effect often experienced with a traditional insured agreement. The cost of self-insured benefits reflects the fair value of coverage, year after year.

On the minus side, the calculation of taxable benefits can lead to wide variations for very small groups. When deficits occur, it will be difficult to recover these amounts from employees.

Your AGA Advisor will be happy to discuss the pros and cons of a self-insured agreement with you and estimate your potential savings.